A Salad In Motion Stays In Motion 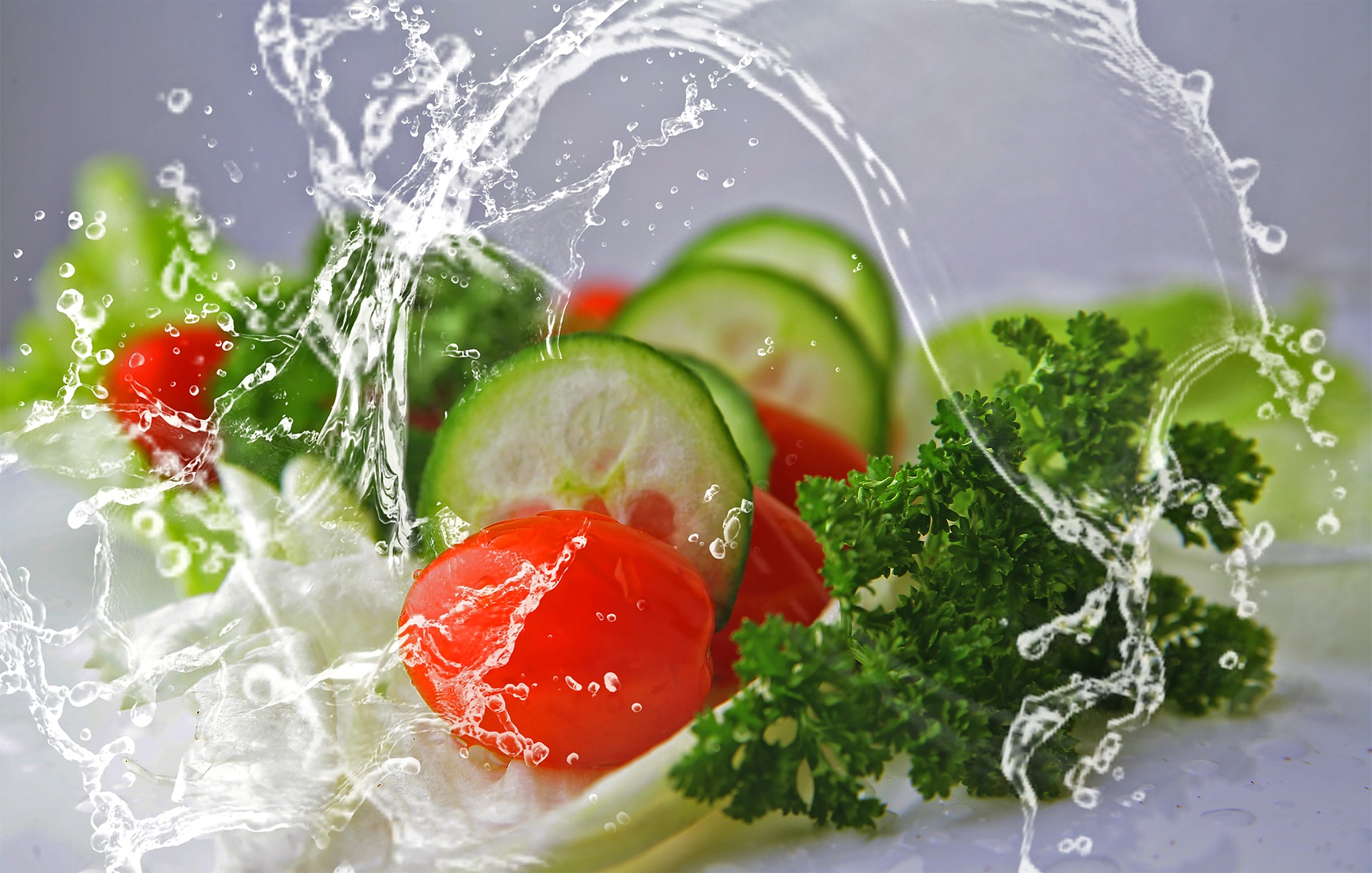 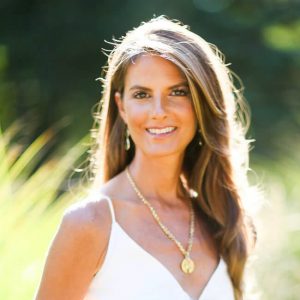 A Salad In Motion Stays In Motion

When you launch into a diet high in living foods, you will discover that these foods contain a force that creates motion. Non-living foods (cooked proteins, cooked starches, nuts, etc.) do not have this effect on the body. Given the physical laws of motion, if you eat foods with no life force, your intestines will be mostly stagnant.

When living foods suddenly enter your stagnant, acid-waste-impacted intestine, you may feel like you swallowed a bunch of expanding jumping beans! People usually embark on a diet of living foods for the weight loss and digestive benefits, so they are perplexed when their midsection suddenly starts moving and expanding!

One thing I am stressing to everyone these days is that WE MUST ALL BECOME SCIENTISTS. People are too quick to cry confusion in the face of all the conflicting information circulating in health and raw food circles. If everyone would just take a moment to sit with the common scientific sense of chemical reactions and what we know about the laws of motion, they could find all the answers they need without opening a single book or visiting a nutritionist, spa, doctor, or raw food guru.

Pay close attention now, and you’ll gain something of real value. I’m going to give you two scenarios that illustrate the two important concepts that will serve you well in this lifestyle:

First scenario:  Imagine taking the remains of dinner and tossing it into a garbage can. Seal the lid. The next morning when you wake up, go to the garbage can and open it. That stench is noxious carbonic gas that has started to grow rogue bacteria. This is what happens in your body—but your body is much warmer, so the chemical reaction and resulting bacteria are much more pernicious.

Now imagine what would happen if you took fruit—the cleanest, healthiest food known to humankind—and added it to the garbage, or to the contents of your stomach, at this moment of chemical decomposition. Would that be healthy? Health means cleanliness, so even though fruit is wonderful, it is not going to generate health in this scenario. Since the chemical reaction in the body is already troublesome, the fruit in this case would just make it worse. If you are bloated and gassy and have not moved your bowels, it’s time to think scientifically about what your next move should be: something that reduces the gas and bloat and annihilates the bad bacteria.

Given the kinetic motions and chemical properties of foods, when you place fruit sugar on top of acidic waste and gas, the result is more gas, fermentation, and putrefaction. This scenario adds insult to injury, contributing to the intestinal distress, and ultimately endangering the bacterial balance of the intestine and constipating the bowel.

Therefore, if you were a scientifically minded live-foods enthusiast, you would take one of the following steps:

Second scenario:  imagine the average person off the street who has consumed mainstream food or “gym head health food”—meaning lots of high protein, lean meats, soy, peanut butter, etc. This food is dead; it has no kinetic energy. Living foods are alive; they have a lot of kinetic energy.

Again, most people come to living foods because they want to lose weight and heal digestive issues and other illnesses. So they don’t expect what usually happens as soon as they eat their first living-foods meal—a ballooning midsection with lots of gas and motion! But if they put on their scientific thinking cap, they would remember Newton’s first law of motion: “A body persists in its state of rest or of uniform motion unless acted upon by an external unbalanced force.” Dead food piled on top of dead food keeps the intestine pretty dead. But add living foods—with all their live enzymes kickin’ around having a party—to that dead system, and that system will be moved according to the rate and force of the added food. Living foods will act upon the body in a state of rest.

It’s important to understand that this is ultimately a very good thing. If living food enthusiasts of all levels keep their science caps on and make choices that minimize the development of new carbonic gas—following my guidelines for food order and combinations—they will eventually have clean, contracted, healthy cells. This will correlate to a lean body with tremendous vitality. As you progress, keep this in mind so you don’t fall into the trap of misunderstanding the changes your body undergoes as you introduce more living foods into your diet.

Here’s another scenario:  if you’re like me and you enjoy lots of raw salads, along with cooked vegetables, goat cheese, and dark chocolate, you will see your body contract a lot because the goat cheese and chocolate are not expansive in the body like grains and fruits are. This is a good choice if you want to get really nice and lean. But remember that the goat cheese and chocolate can stick in the body (even though they are better than many other foods and very helpful in this lifestyle). But if you switch it up and add fruits (even appropriately timed on an empty stomach) or some all-raw, water-containing meals like blended raw soups and bananas after consuming a lot of goat cheese and chocolate (or fish, which is also contracting, not expansive), your midsection will very likely swell up. This is because even cleaner, living foods, with all their enzymes and motion-filled energy, will hit and awaken the acidic waste residue from these other foods that haven’t fully left the body.

Most people will assume that this reaction is unfavorable and means that the cleaner living food meals don’t agree with their system. But this is not the case. The all-raw hydrating substances are just having a chemical reaction as they meet and help eliminate the acidic waste. This is why many people think that raw foods don’t agree with them when, in fact, it’s a temporary state of awakening the old matter in the intestine. The only way to help clean out the waste is to introduce these ultra-clean living foods (think of them like soap for the intestine), allow them to awaken and magnetize the waste, and then eliminate the awakened waste from the bowel. (You never want to awaken and then fail to release, as all great scientists know!)

If you understand these principles, you can use this knowledge to play with your food choices. For example, I love my goat cheese and dark chocolate, and I’ll enjoy them for several days in a row (with a raw salad and maybe some steamed veggies, but only after I’ve had my green lemonade that day)! I know that the cheese and chocolate, while not heinous, are imperfect, but I enjoy them. I also enjoy my all-raw meals. Currently, my favorite meal is to start with some just-in-season Honeycrisp apples, followed by a raw green salad with lemon and stevia, followed by my ultra-favorite banana-carob-alfalfa-sprout “milk shake” topped with shredded coconut.

This all-raw meal is going to create a bit of temporary expansion in my system when it hits the residue of anything impure (like the cheese and chocolate that didn’t fully leave; only water-containing fruits and vegetables, their juices, and young coconuts fully leave the body, and even that only occurs in a clean, microbially sound intestine). But am I going to freak out because of it? NO! I’m expecting it and using it as a “cleanup tool”—a tasty one at that! I’m doing it on purpose. I’m a scientist and I know exactly what I am doing in my intestinal petri dish. When the water-containing living-foods meal awakens anything sticky or acidic in the intestine, it hydrates it, magnetizes it up and out of the tissues, and carries it out of the body. Therefore, as soon as it leaves with the next morning’s bowel movement, I am better off, despite that temporary expansion.

So let’s all keep our science caps on and consider the chemical reactions and the laws of motion as we make our meal choices. This way, we can use food and our food preferences as tools for our health, while understanding the various reactions occurring in the body. It’s really fun getting to know your body in this new way.

Here’s to the kinetic energy of living foods and harnessing the laws of science to improve our life experience! 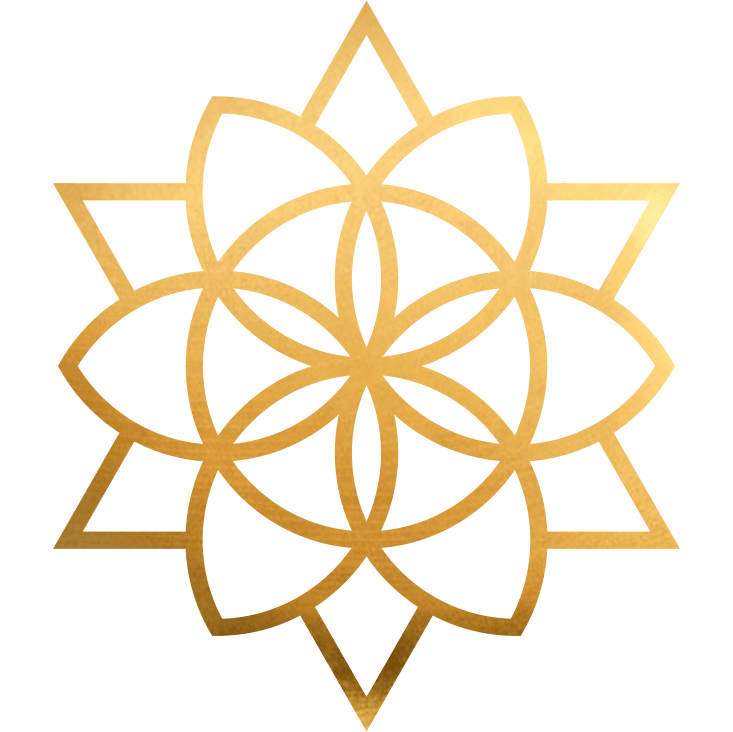 Always consult your physician or other health care professional prior to starting this or any other fitness program in order to determine if it is right for you. Do not start this fitness program if your physician or health care provider advises against it. If you experience faintness, dizziness, pain or shortness of breath at any time while exercising, you should stop immediately. This course offers health, fitness and nutritional information and is designed for educational purposes only. You should not rely on this information as a substitute for, nor does it replace, professional medical advice, diagnosis or treatment. If you have any concerns or questions about your health, you should always consult with a physician or other health
care professional. Do not disregard, avoid or delay obtaining medical or health related advice from your health-care professional due to something you may have encountered
here. The use of any information provided here is solely and strictly at your own risk.